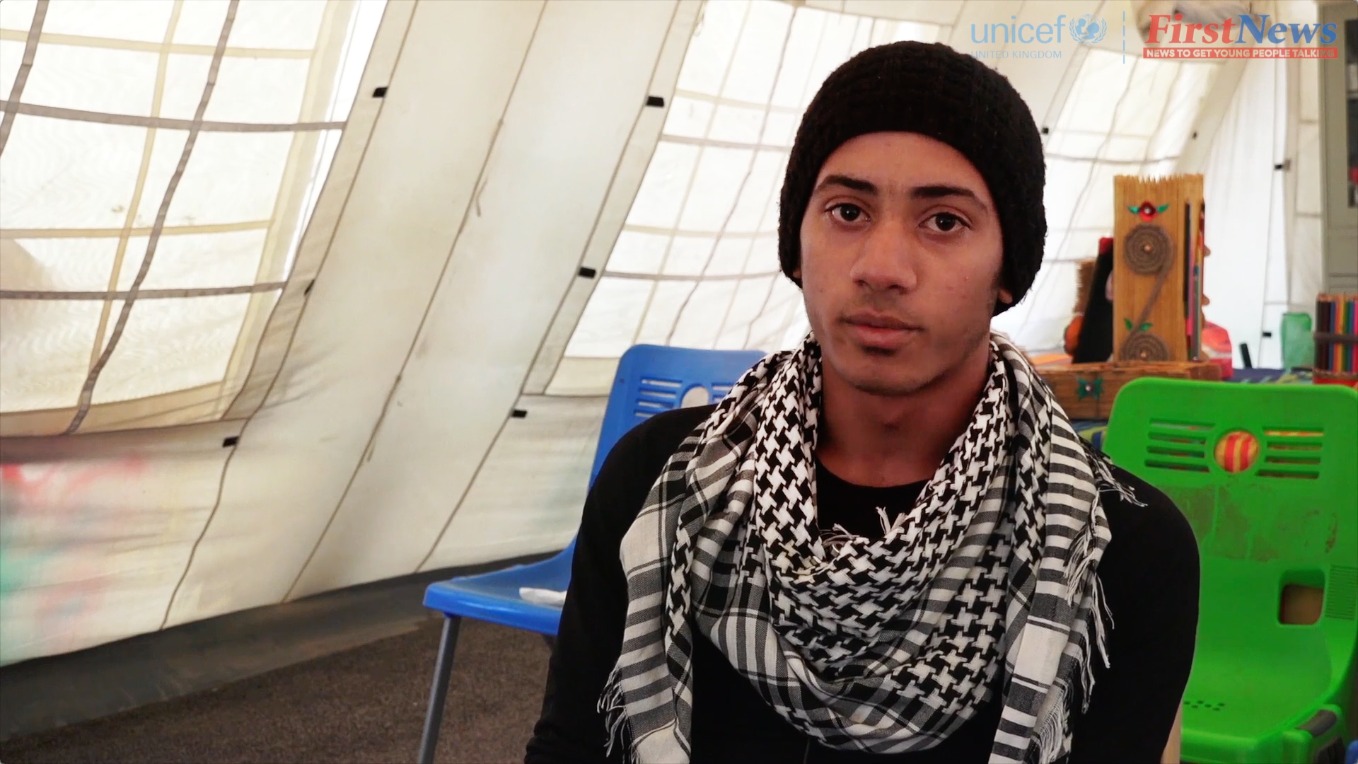 The UK, US and Iraqi Army are fighting the terror group known as Islamic State to free the citizens of Mosul from IS rule. First News meets Laith, a 17-year-old rapper who is among hundreds of thousands of children that risked their lives to flee Mosul. We also meet the refugee children in Unicef camps going to school for the first time in years.

Laith fled the city of Mosul when the terrorists moved in.  He now lives with his grandmother in another city.  Laith raps about his experiences and his sadness for the ruined city he has left behind.

As the Iraqi military moved towards Mosul, hundreds of thousands managed to escape.  UNICEF is now helping children in nearby camps for internally displaced people.  Here they get their first taste of fresh water, food and safety in a long time.  More than 25,000 children have fled Mosul with their parents.  And, for the first time in years they get to go to school.  Islamic state only taught children how to fight.  Girls were banned from any education.

Laith was one of the lucky ones who escaped the city.  Around one million people remain trapped in Mosul.  Almost half of all families there have no water.

this is so different to what you see on the news...First News just gets it -its not all about bombs and fighting -its about the lives of those fleeing - i think FN just seems to know what we want to watch and hear about, this film was shown at my school - made us realise that young people in Iraq are just like us