WATCH: I Don’t Get It – The Story of Star Wars! 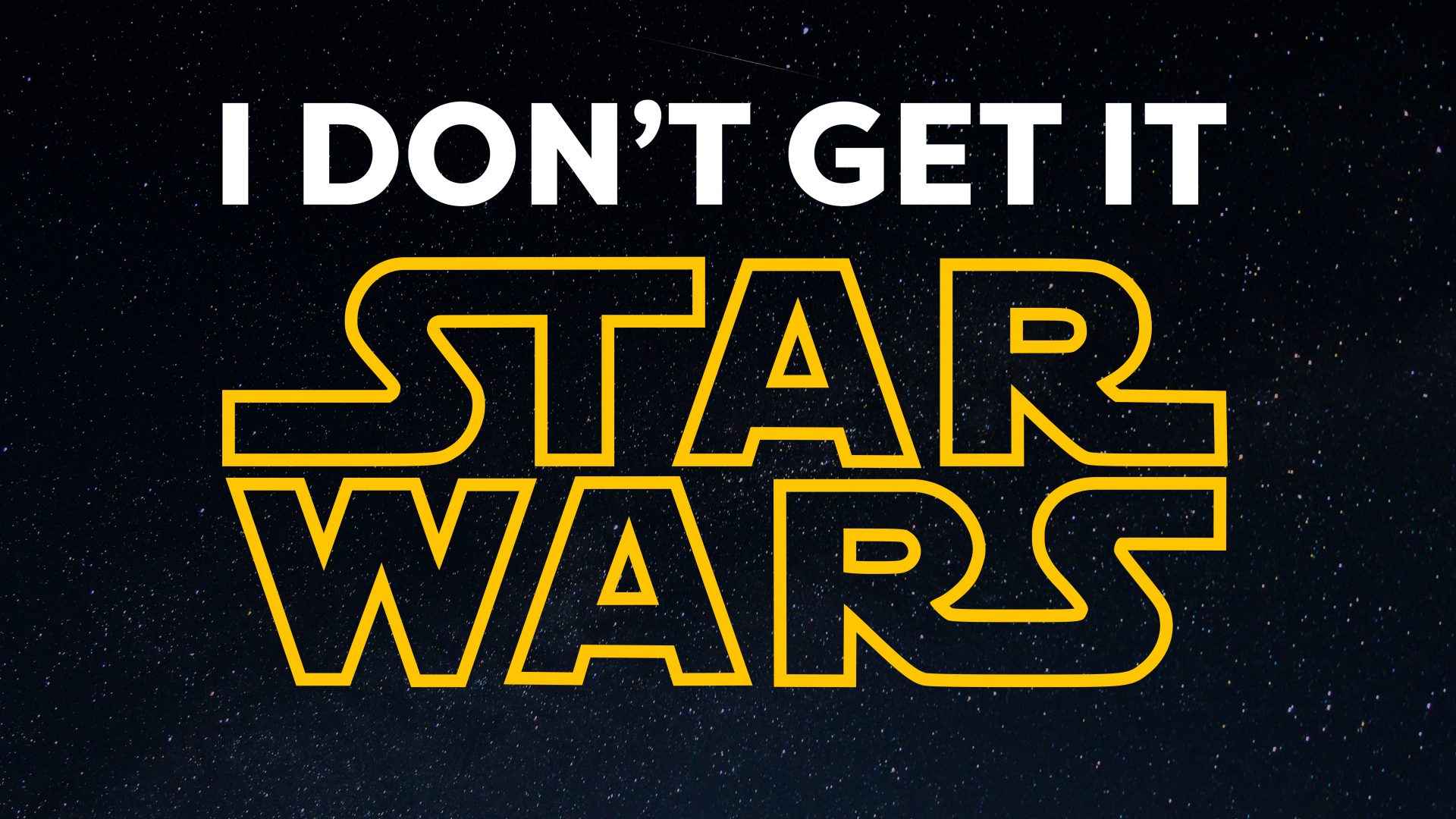 STAR Wars: The Last Jedi has finally touched down in cinemas.

But did you know that the history of Star Wars actually goes way back to the very first film in 1977, when lots of your parents probably weren’t even born?

Over the last four decades, Star Wars has grown into one of the world’s most popular and celebrated film series. But how did it all begin?

The beginning of Star Wars

The story of Star Wars began ‘a long time ago’ with a man called George Lucas, the creator of the epic saga series.

The very first Star Wars (which was later retitled Star Wars Episode IV: A New Hope) opened in just 32 cinemas in America in May 1977, but quickly became a pop culture phenomenon.

The film launched the careers of Hollywood A-listers Mark Hamill, Harrison Ford (who later went on to play Indiana Jones) and the late Carrie Fisher.

It had become such a success following its American release that by December 1977 – when the film arrived in UK cinemas – people queued for hours outside cinemas just to watch it on release day!

It cost around £8 million to make the first Star Wars film (that’s a very low budget by Hollywood standards!) and it went on to make hundreds of millions of pounds! Safe to say its success was pretty out of this world. It’s actually one of America’s highest-grossing films of all time, alongside Gone With The Wind and Avatar.

George Lucas went on to release two sequels – The Empire Strikes Back in 1980 and Return Of The Jedi in 1983. Both took the world by storm.

Over the next two decades or so, Star Wars’ popularity only grew. The first trilogy – now considered one of the biggest film trilogies of all time – spawned new generations of fans, toys, merchandise, games – you name it!

FUN FACT – Chewbacca even won a lifetime achievement award at the MTV Movie Awards in 1997! Well deserved, if you ask us.

In 1993 the world found out that George Lucas would be releasing Star Wars prequels (that means they would be set before the story told in the original trilogy). In 1999, fans new and old were introduced to The Phantom Menace, the first film in the prequel trilogy.

The film introduced a new generation of stars to film audiences, including Ewan McGregor, Liam Neeson and Natalie Portman.

In 2002 came Attack Of The Clones, starring a young Hayden Christensen, followed by Revenge Of The Sith in 2005.

Although the films did pretty well at the box office – we’re talking hundreds of millions of pounds – generally, they were criticised by film critics and fans.

Fast-forward to 2012, and Star Wars was reborn once again. A smallish company called Disney (ha!) bought the rights to Star Wars from 20th Century Fox for $4.06bn – that’s £3.04bn – and they had big plans for the brand! You’ll see what we mean if you go to any Disneyland park in the near distant future…

Now this should all begin to sound a bit more familiar. At the end of 2015, Disney released the seventh episode in the film series, The Force Awakens. Buzz around the film was huge – in fact, it was one of the biggest talking points of 2015!

The film was directed by legendary Hollywood director J. J. Abrams and starred many of the actors made famous by the original 1970s films, like Harrison Ford and Carrie Fisher – a recipe for the film’s success in the end.

Star Wars is back!

Now Star Wars is back and Britain (and let’s face it, basically the galaxy) is abuzz with Jedi fever once again.

The Last Jedi stars many of the same faces introduced in The Force Awakens, including Daisy Ridley and John Boyega. It also features some of Carrie Fisher’s last filmed scenes as an actress. Carrie sadly died at the end of 2016.

Today, Star Wars is a multi-billion dollar media brand – in fact, it’s the second highest grossing media franchise in the world, behind Pokémon.

What does the future have in store for Star Wars?

So what’s next? Apart from a third film in this trilogy set for release in December 2019, there are a bunch of other film and television spin-offs in the works, like a Hans Solo spin-off film called Solo: A Star Wars Story, which comes out in 2018.

After that historical trip down a galactic memory lane, we think it’s fair to say that the skies are very much the limit for the future of Star Wars.

WATCH: Check out the trailer for Star Wars: The Last Jedi HERE!

LOOK: BB8 bowed to Prince William and Prince Harry at the European premiere.

WOW! I never knew all that! by the way, I love star wars! (whoop whoop we are the standby and police!)

I love Star Wars and the new film is brilliant but I can't give away any spoilers!!

I liked most of the other Star Wars films, but in my opinion this new one was a bit of a disappointment. Though i loved the Porgs

I never knew that it was invented that long ago.