WATCH: I Don’t Get! Halloween – Where did it come from and why is it so popular? ? ? 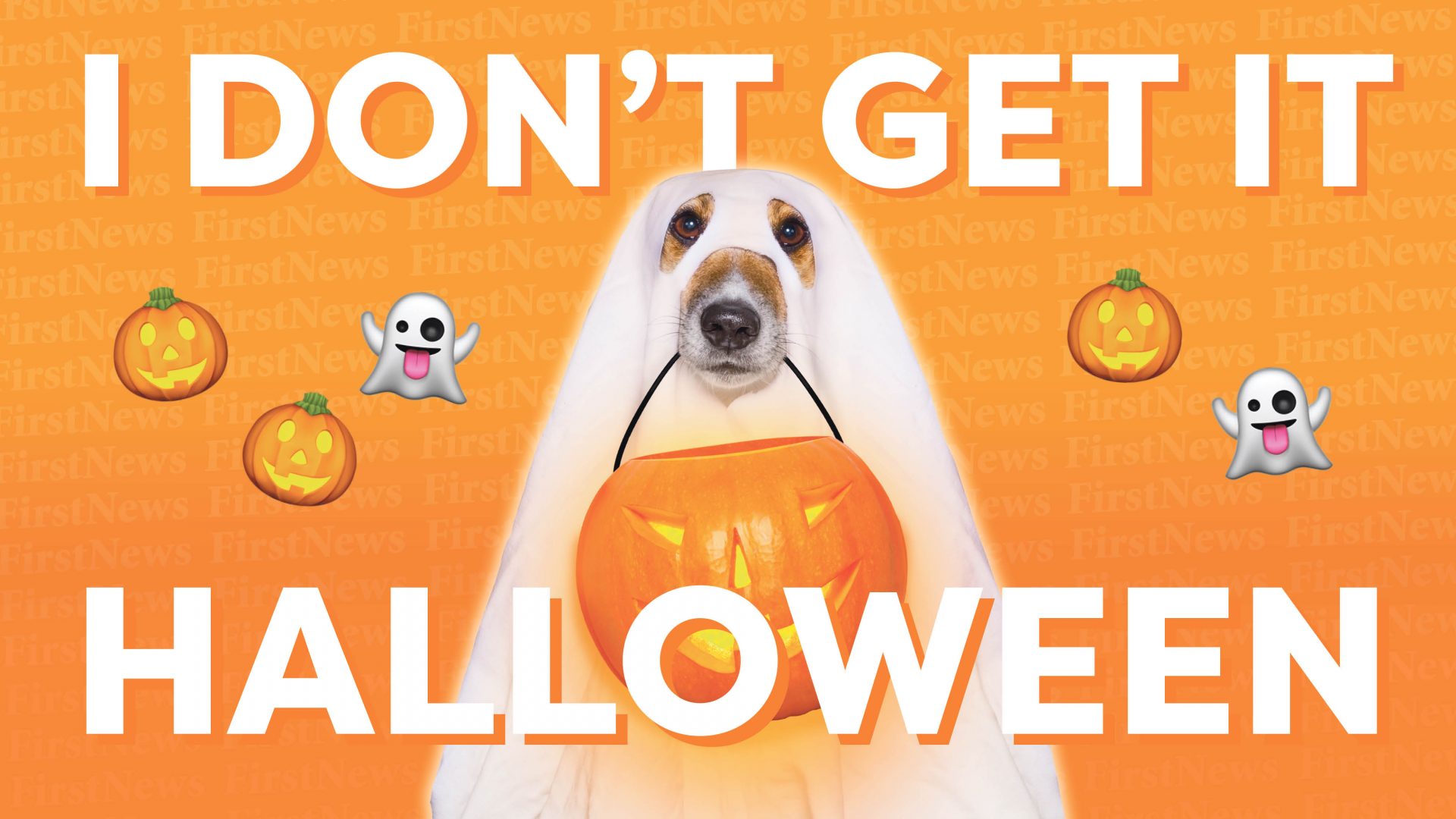 IN this special spooky edition of I Don’t Get It, First News‘ very own Ben and Dan will talk you through the rich, complex history of Halloween– in a way that only Ben and Dan can ? Prepare for spooks and squabbles! Keep reading to the bottom of the page to read about staying safe this Halloween.

On 31 October, it’s Halloween! That means tricks, treats, pumpkins and costumes galore over the next few days! But where did Halloween come from?

Believe it or not, the story of Halloween begins more than 2,000 years ago! It was first known as All Hallows’ Eve.

It’s believed that All Hallows’ Eve originated from the ancient Celtic Festival of Samhain – pronounced ‘sow-in’.

The festival marked the end of the summer, the autumn harvest and the start of the dark, cold winter.

Celts (people who lived in the area which now covers the UK, Ireland and northern France) believed that on the night before their New Year (31 October), the spirits of the dead would return to Earth as ghosts.

To keep these ghosts at bay, the Celts would light bonfires, leave offerings on their doorsteps and even wear masks to blend in with them. Sound familiar?

Halloween also marks the day before the feast of All Saints’ Day. This day dates back to the eighth century and would see Christians honour the saints and pray for spirits who had not yet reached heaven.

As with most things, these traditions were evolved, adapted and spread from people to people over time.

The Celts controlled areas of Ireland and Europe when Samhain was celebrated and as it grew and became reshaped by different groups and religions, it soon reached the west coast of America.

Now, remember, America was only discovered in 1492, so Halloween took quite a while, hundreds of years in fact, to evolve into the night of frights and frolics it’s famous for today.

In America, Halloween started in and around Maryland (a state in America). It was a mixture of European All-Hallows Eve traditions and Native American traditions.

Autumn festivals erupted across the country because of this mix of traditions, which involved telling ghost stories, dancing and fortune telling.

It wasn’t until the second half of the 19th century that Americans started wearing costumes to go trick-or-treating.

The custom of trick-or-treating started in Ireland and Scotland. Children would dress up in costumes, visit houses and perform poems or songs in exchange for food.

It wasn’t actually called ‘trick-or-treat’ until America gave it the name in the 1920s.

Dressing up in fancy costume has long been associated with Halloween. People would dress like the spirits to protect themselves.

Today, people take bits from Halloween’s entire, rich history and adapt them however they wish to celebrate the day. These celebrations range not just from culture to culture, but person to person.

Some people and religions don’t celebrate the holiday at all.

The holiday itself has become very commercial, with lots of supermarkets and shops making big profits from the sale of Halloween costumes, treats and pumpkins.

While for many it is just a bit of fun, others argue about the morals of modern Halloween activities. What do you think? Comment below and let us know! The best comments could appear in the newspaper!

While Halloween might be lots of fun to some, it’s important to stay safe and respect those that don’t ‘celebrate’ the day.

While most people enjoy fun parties, dressing up and going trick-or-treating, police say incidents often increase at this time of year.

One of the most popular activities at Halloween is trick-or-treating. Take a look at these tips to ensure you have the best time, if you do have plans, but that you also stay safe:

– DO make sure your spooky costume is safe. Look for a CE mark to check that it’s flame resistant.

– DON’T go trick-or-treating alone – walk in groups or go with your parents or guardians.

– DO remember to bring a torch – so you can see, and others can see you.

– DON’T go anywhere you’re not familiar with or speak to strangers. Only go to places where you know the residents.

– DON’T eat treats that you’re not sure of. Better to be safe than sorry.

– DO respect those that don’t celebrate Halloween.  Look out for houses displaying a ‘No trick-or-treating here’ sign and respect their wishes.

More I Don’t Get It videos!

Wow, I new Halloween was not very recent but I didn't now it was that old and neither did I now how largely it is celebrated in America. Thank you First News for clearing this question.

Weird. I mean it. TOTALLY WEIRD.

I didnt think that it dated back THAT far!! Thanks firstnews for clearing this up for me and for many others! It was interesting to learn the historic story behind all of it.