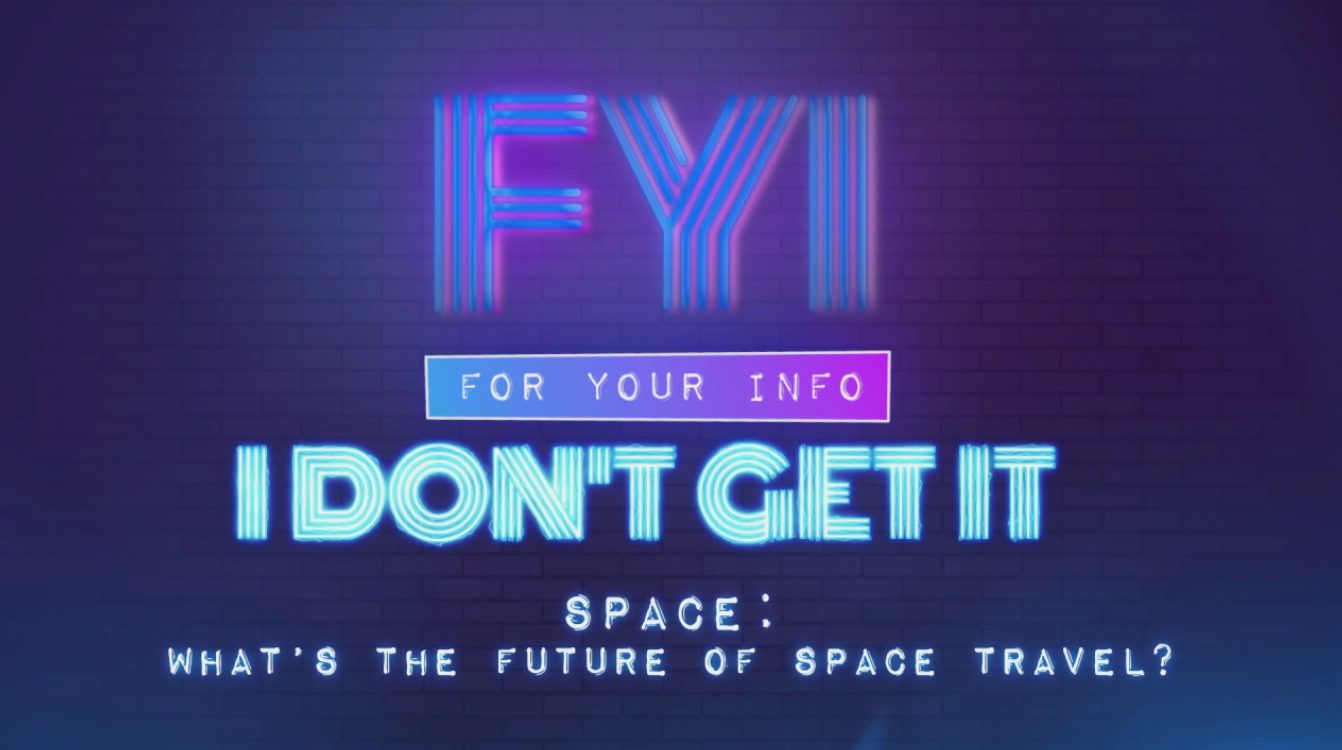 Sky Kids FYI presenter Tilly finds out about moon bases, living on Mars and where we might all live in the future.

Welcome to my virtual world. Or, to be more accurate, my virtual moon!

It’s been more than 50 years since the world watched Neil Armstrong become the first man on the moon, in July 1969.

Neil Armstrong: That’s one small step for man, one giant leap for mankind.

It was an unbelievable achievement with some pretty basic technology. He was the first out of just 12 humans to have ever walked on the moon – all American astronauts, and all men.

Nobody’s been back since 1972, but, finally, American space agency NASA is planned to return in the next few years.

Is it hard to survive on the moon?

The brilliant thing about the moon is that its gravity is only one-sixth of what it is on Earth, so you can take giant leaps – easily breaking world high jump records! Plus it comes with the best view back to Earth.

But I couldn’t possibly survive for real dressed like this, as there’s no atmosphere on the moon. So astronauts need their own, very special spacesuit with their own supply of air.

The American Artemis project is aiming to return by 2024, including – at long last – the first woman on the moon. By the late 2020s, they hope to have a permanently manned base.

It will cost a fortune, though, so why do it?

Maggie: Part of it is the spirit of adventure, part how to learn new things, like how to live away from Earth. Or the challenge, for instance, of designing a base on the moon.

By the early 2030s, NASA has said it also wants to send astronauts to Mars, one of Earth’s closest neighbours. It’s known as the Red Planet and, at its nearest, is around 34 million miles away. So a round trip could take over a year.

Tilly: Maggie, the moon base could be a help here, couldn’t it?
Maggie: Yes, that’s right, Tilly. If you’ve ever seen a rocket launch, you can see that taking off from the surface of the Earth requires a huge amount of fuel. Also sending people to Mars means a lot of supplies for the journey there and back. But as you mentioned, the moon has just one-sixth of the Earth’s gravity, so launching from a moon base would require a lot less fuel. And with water having been detected on the moon it may be possible to make the fuel on the moon’s surface.

We’ve already got a good idea of what the surface of Mars is like – let’s check it out. This is because we’ve managed to land lots of probes and several rovers to explore the dusty surface and send back amazing pictures.

Tilly: So, what would it be like living here on Mars?
Maggie: The biggest challenge is the atmosphere – it’s mainly carbon dioxide, which means we can’t breathe it. So that means wearing a spacesuit whenever we’re outside. Then there’s the temperature. Mars is further away from the sun than the Earth is, so it’s colder. On average, the Martian surface gets a little warmer, but a lot colder than Antarctica.

Tilly: And there’s no quick rescue if things go wrong, is there?
Maggie: You’re right, Tilly. From the Martian surface, the Earth just looks like a bright star in the night sky. A call for help message would take between five and 20 minutes to get to the Earth, depending on the relative position of the two planets. And even if a rescue mission were launched straight away it would take around six months for it to get to Mars.

Will we ever be able to go on holiday to space?

There’s not going to be hotels popping up on Mars, or even the moon, any time soon. But companies like Virgin Galactic and SpaceX are close to offering fun flights to the edge of space – at a price.

In 2021 Richard Branson’s Virgin Galactic plans to take six passengers nearly 80 miles up, where they’ll experience weightlessness and amazing views for several minutes. The flight is expected to cost – wait for it – well over £100,000!

Elon Musk’s company SpaceX has ambitious plans to take passengers on longer trips, into full orbit around the Earth in the next year or so – and even to orbit the moon.

Will people ever live on other planets instead of Earth?

Tilly: In science fiction films, humans live all around the universe. Could that ever become a reality?
Maggie: I’d really love to think that this may be possible in the future. In our galaxy, the Milky Way, there are around 300 billion stars, and were now finding planets going around many of these stars. As humans, it’s hard to imagine a more perfect place to live than Earth. But the space age is very young, so imagine where we might be in 50 or even 100 years’ time.
Tilly: Wow! Thanks.

So, science fiction could well become science fact one day. Watch this space…