I Don’t Get It, Season 2 Episode 5: What are nuclear weapons? 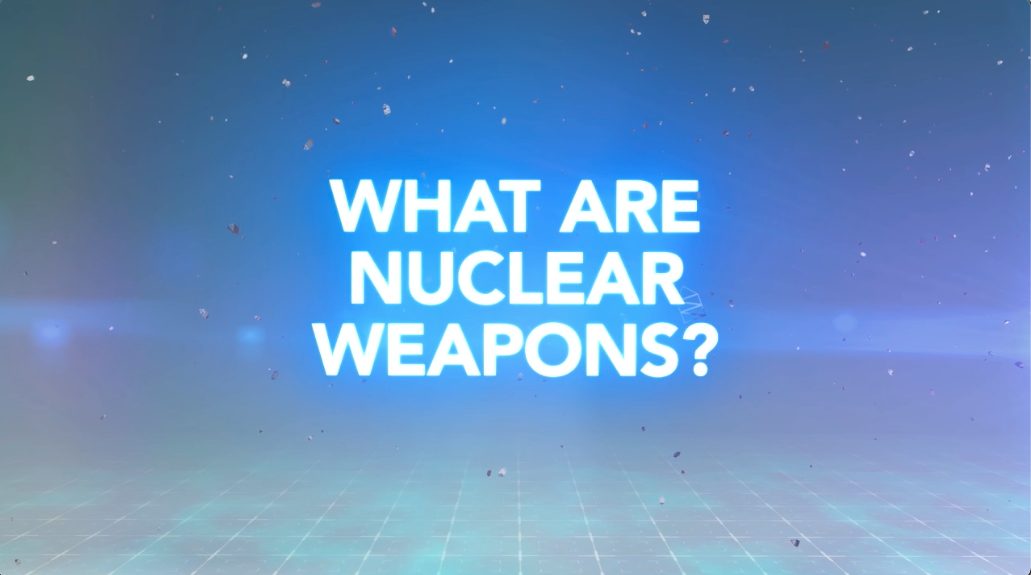 Sky Kids FYI presenter Declan finds out about the history of nuclear weapons, and why we remember their terrible impact every August.

Every August the world remembers the immense destruction caused by the world’s first nuclear weapons.

The Product Exhibition Hall building – now the Hiroshima Peace Memorial – is one of the few buildings that survived when two atomic bombs were dropped on the Japanese cities of Hiroshima and Nagasaki back in 1945.

It’s now become a memorial for the many thousands of people who were killed either from the blasts, or the radioactive fallout caused by the bombs.

Check out the photo I found of the American bomber, the Enola Gay, which dropped the first bomb on Hiroshima. Three days later a second bomb was dropped on Nagasaki. Shortly afterwards Japan surrendered and World War Two came to a complete end.

But the devastation was nothing like anyone had ever seen. People across the globe were shocked, and many questioned whether nuclear weapons should be allowed.

Nuclear bombs are the most powerful bombs ever created. They work either by breaking atoms apart or fusing them together, releasing huge amounts of energy and radiation, and creating a mushroom cloud of fire and smoke. The shockwave can kill people and animals within several miles.

After the attacks on Hiroshima and Nagasaki the Soviet Union developed their own nuclear weapons and, for a while, people lived in fear that they might launch a nuclear attack on America and its allies, including the UK. This was called the Cold War.

Check out the film I discovered in a massive library of old footage run by the British Film Institute. It was one of several made by the government back in 1975 to tell people what to do if there was an attack.

Video clip: “If attack is imminent, you will hear the attack sound like this (a siren sounds), so take cover at once. Send your young children to the fallout room, then go quickly and turn off the gas and the electricity at the mains. Listen to your radio, stay where you are, and keep listening to your radio.”

Our government also built secret underground shelters all over the country, where important people could protect themselves in the event of an attack.

But the opposition to nuclear weapons was growing, and there were lots of protests, including here in the UK. In the most famous protest, 30,000 women joined hands around an air base called Greenham Common, where American missiles were being stationed.

Some people argue that having nuclear weapons actually helps to prevent future wars because of the threat they pose. But as tensions eased off between the Americans and the Russians, both countries agreed to reduce their stockpiles of nuclear weapons.

Today the number of nuclear weapons has fallen dramatically but, despite that, there are now more countries capable of launching them. The five official nuclear powers are Russia, America, China, France and the UK, but India, Pakistan and North Korea have all carried out nuclear weapon tests. It’s also believed that Israel is armed – though it’s never confirmed or denied it.

If you try to read up on North Korea, like me, you quickly realise that not a lot is known about it. It’s a very secretive country; foreigners are very rarely allowed in, and its people can’t leave without special permission. So it’s difficult to know exactly what weapons they have.

Declan: “So should we be worried about countries like North Korea having nuclear weapons? I’m going to need some help to answer this one, and I’ve got just the man. Lord David Alton, who has been to the country many times and has written a book about it.”

David Alton: “Well Declan, thank you for the question, it’s a good one. And of course we should be worried when a rogue state like North Korea, described by the United Nations as ‘a state without parallel’, and a country like this has access to weapons of mass destruction, then we would be foolish not to be worried. The tragedy is that people are starving to death in North Korea because they don’t have access to basic things like food, and yet the country last year spent half a billion pounds on its nuclear weapons program.”

Declan: “So do you think North Korea would actually ever use their nuclear weapons?”

David Alton: “The First World War, in which millions died, began with a shot being fired. It wasn’t the intention to start a war but that’s what it led to. And a Sarajevo moment, whether planned or by accident would be catastrophic. If you used a nuclear weapon, the living would envy the dead. The North Korean leader is Kim Jong-un. Like his father and grandfather, there’s been a succession of dictators in North Korea, and it’s up to him to see that peace is the way forward on the Korean Peninsula. And the fact that he’s been talking to other world leaders is at least a sign of hope.”

Apart from the two bombs that were dropped on Japan, nuclear weapons have never been used in anger, and that’s why peace campaigners say that places like the Hiroshima Peace Memorial are so important to remind us of the appalling suffering they can cause, and to stop us from ever using them again.