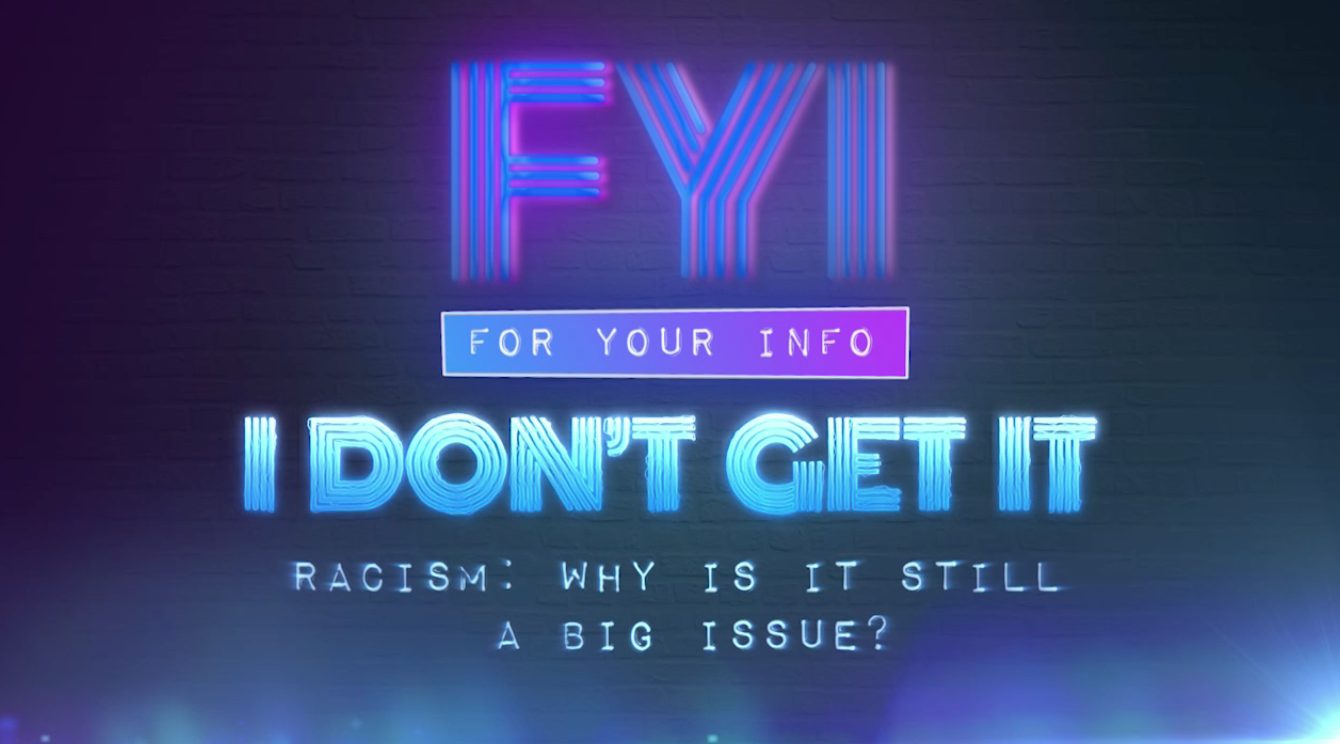 Sky Kids FYI presenter Tia explores the origins of racism and asks why it remains such a big issue today. She discovers there’s still work to be done to stamp out racism and achieve equality.

These days we take it for granted that, whatever our cultural background and whatever our skin colour, we should all be treated the same and given the same opportunities.

This was the height of slavery, when black people were transported from Africa to work on plantations in the Caribbean and the Americas, harvesting sugar, tobacco and cotton.

It was a cruel business and, while British slave owners quickly got rich, millions of Africans were killed because of the harsh conditions, both on the slave ships and on the plantations.

In those days, Africans were seen as ‘not as good’ as white Europeans and, even though slavery was banned in 1834, those misguided attitudes towards black people continued for years to come.

One of the turning points came during the two world wars, when white soldiers fought alongside black and Asian men to defeat the Nazis.

One of those men was war hero Walter Tull, the grandson of a slave, who quit his career as a footballer to become Britain’s first black army officer.

After the war, Britain needed extra workers to help rebuild our shattered country. Hundreds of young men from Ireland and the Caribbean signed up to help, and sailed to the UK on a ship called the Empire Windrush. There were also new workers arriving from south Asia.

But they didn’t get the warm welcome they expected. Their children were bullied at school, just because of the colour of their skin, and some landlords wouldn’t let them rent their houses.

But slowly, things were starting to change.

Increasing numbers of people were heading to the UK to make it their home. And in America there was a new campaign for equal rights, led by Martin Luther King. He had a dream that one day black people would be treated as equals and, 45 years later, Barak Obama was elected as the president.

Rose Hudson-Wilkin, who recently became the Church of England’s first ever black female bishop, says: “Imagine people from my parents’ or the Windrush generation seeing someone who likes like them occupying the top position in the world – that was pretty amazing! But there is still work to be done.”

Back in 1976, a new law called the Race Relations Act made it illegal to discriminate against anyone because of their race. It was an attempt to stop people being singled out and treated badly because of the colour of their skin. But by the 1980s there were still problems, with riots in cities like Bristol, London, Birmingham and Liverpool. People from ethnic minorities were angry about poor living conditions and the unfair way they were being treated, particularly by the police.

Even today there is still work to be done to stamp out racism. Rose Hudson-Wilkin says: “If we think we are victims of racism, or we hear people making racist comments, then what I want us to do is – with a smile – to call it out. Don’t be silenced, because ultimately what we want to do is to give the one clear message that we are all part of the one human race. We belong together.”

These days there are loads of people to inspire us. We have sporting superstars, Glastonbury headliners and even Oscar winners. Every day they remind us that, with hard work and determination, we can achieve anything.