I Don’t Get It episode 10 – Climate crisis: Can we save our planet? 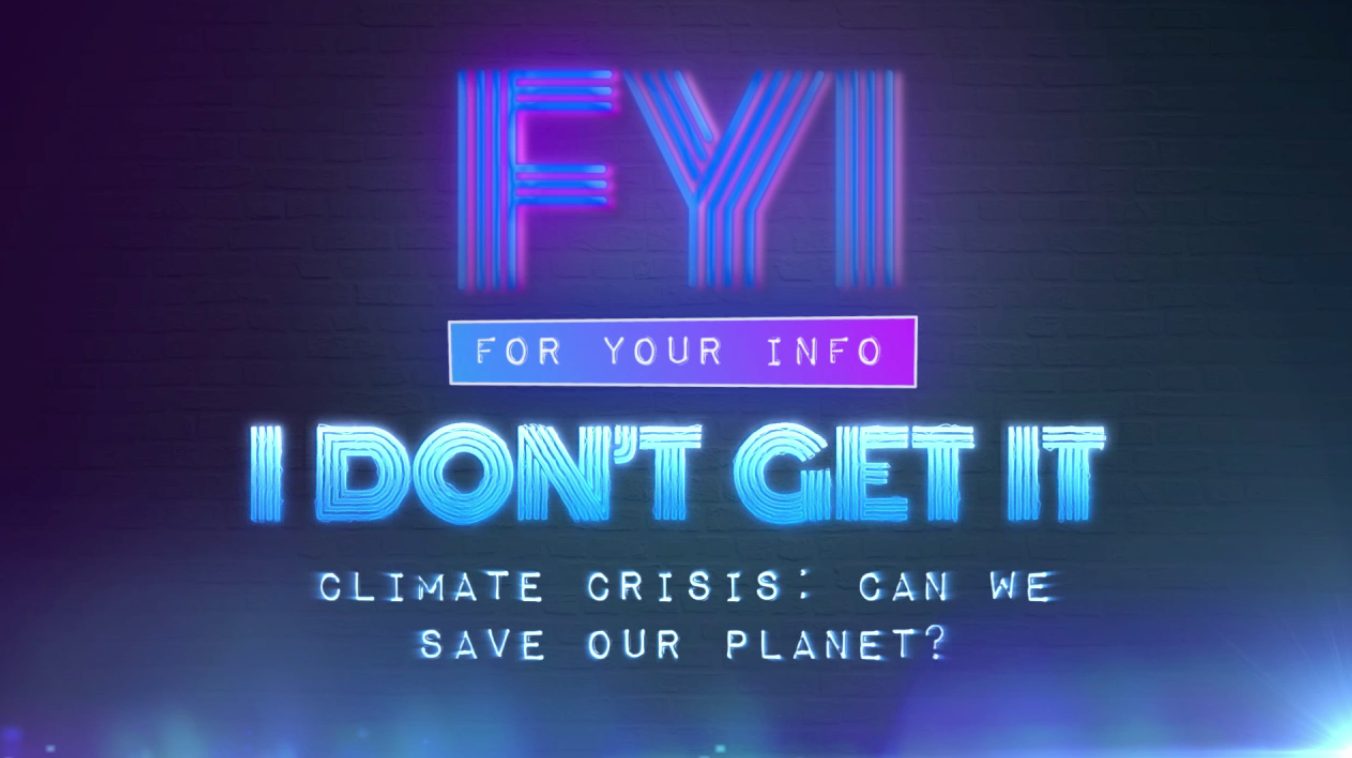 Sky Kids FYI presenter Ella investigates what’s causing the climate crisis and the impact it’s already having on our planet. She finds out what simple steps we can all take to slow down global warming.

We’ve all heard people talking about climate change, right? But what does it really mean for you and me?

Scientists say us humans are the problem, so all of the coal, oil and gas that we burn in factories, power stations and cars send more and more harmful gases into the atmosphere. So things like heating up our homes and using electricity plays a bit part in this.

The gases that we send into the air trap heat from the sun around our planet, causing it to warm up. But don’t take my word for it, let’s take a look at the evidence.

Is the climate crisis already having an impact?

Yeah, it is. Take a look at some of the things I found out are already happening around the world. The polar ice caps are melting at an alarming rate, threatening creatures like polar bears, who rely on the ice cover for food and shelter. That’s resulted in rising sea levels, which have wiped out some low lying islands in the Pacific Ocean, and caused devastating floods in countries like Bangladesh. In the Caribbean there has been extreme weather, with increasing numbers of intense hurricanes and torrential downpours. And some countries in Africa have had severe droughts – it’s had a terrible impact on crop production, and millions of people have gone hungry.

There are also some unusual things happening that you might not have heard about, like more mosquitoes passing on diseases to humans, and ski resorts having to close early because all their snow has melted.

What will happen if we don’t take action?

Unfortunately, if our planet continues to warm up we’ll face even more problems. Scientists say some parts of the planet will become impossible to live in, forcing millions of people to move away from their homes and a mass extinction of wildlife. And, closer to home, here in the UK we could see more extreme weather and flooding.

What can we do to save the planet?

Having seen all this, I really want to know what we can do to make a difference. I mean, we’re just kids, right?

Climate activist Anna Taylor says: “Just because you’re young doesn’t mean you have to feel powerless. Young people across the world have already achieved a lot through their campaigning, such as Greta Thunberg putting pressure on world leaders. An important part of creating that change is recognising that you do have a voice and do have the ability to do something about it.”

So what kind of things can help ease the climate crisis?
“Recently we’ve seen what a difference the coronavirus lockdown has made, with far fewer journeys being made by cars and planes, and as a result less greenhouse emissions such as carbon dioxide have been emitted into the atmosphere. So, going forwards we need to continue this by making an effort to cut out unnecessary car journeys. You can do this by walking to school or using a bike if you can. It’s also important to cut out waste by making an effort to not waste food, water or electricity, such as turning the light off when you leave your bedroom.”

The good news is, scientists say it’s not too late to slow down global warming, but they do say time is running out, and we can’t just leave it to other people. We have to change things ourselves.