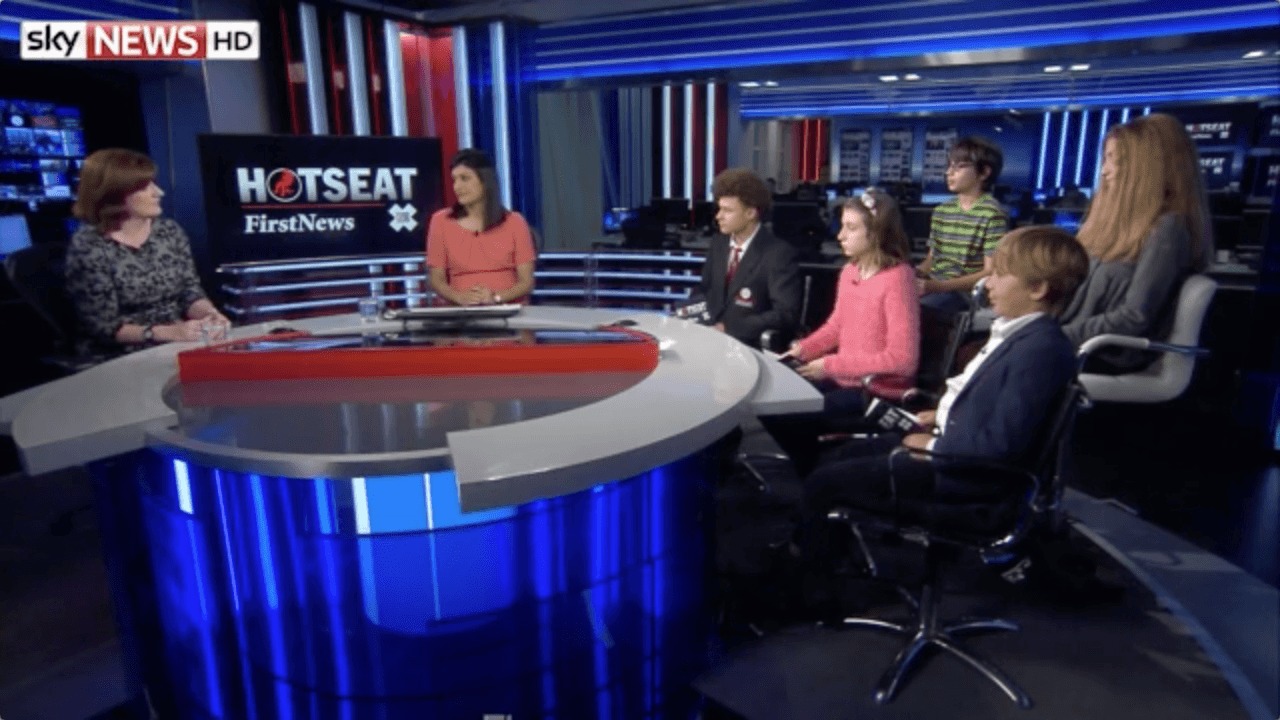 They might be running the country but it seems Cabinet Ministers don’t like simple maths and spelling.

After Chancellor George Osborne failed recently to answer a simple: “What’s 7 x 8?” question posed by 7-year-old Samuel in an interview for children’s newspaper First News, now (of all people) schools chief Nicky Morgan has stumbled too.

The Education Secretary was facing readers from First News for the newspaper’s Hotseat show on Sky News when 10-year-old Leon Remphry asked her what was the cubic root of 125. Mrs Morgan shuddered and said: “I think that’s one that I might just have to go away and work out. I think politicians who answer maths questions or spelling questions on air normally come a cropper.”

Talking about the unpopularity of former Education Secretary Michael Gove, Mrs Morgan said that she was spending a lot of time going round the country “listening”. But she said she was carrying on with Gove’s reforms nevertheless. “If you go in as a politician for a popularity contest, you’ll find that doesn’t work,” said Mrs Morgan.

Mrs Morgan tried again: “We are reminding local councils that it is their duty to provide libraries which are, obviously, where people can borrow books for free which is the critical thing and, as Education Secretary, I want there to be libraries in schools. There’s an independent report coming out shortly on how important libraries are.”

James, 11, asked if Mrs Morgan thought it was shameful that Britain is one of only a handful of European countries where it is legal for children to be hit. “Don’t you think violence against children should be banned altogether?” he asked.

The Education Secretary said: “I don’t want to criminalise parents if that’s the decision that they take to discipline their child. There’s what we have called reasonable chastisement. I don’t know whether it is just a tap on the hand or a mild smack on the bottom but, I think, as politicians, we struggle with this all the time – when does government make a decision or when do we allow parents or carers to make that decision? We hear some people talk about the nanny state and, actually, we don’t want to be telling people how to bring up their children, or how to be parents. But there has to be a line, when we say, no, that is a line that you have crossed and that is a child that now needs support from other people… there have been some terrible cases where children have been abused and some, sadly, killed even by their own parents.”

Sky News Stand Up Be Counted contributor, 16-year-old Vernandah, quizzed the Education Secretary about the closure of 350 youth clubs in two years, following a £60m cut in Youth Service spending. Mrs Morgan said: “We have had a very difficult economic situation. So local councils, who run these services, have had to make difficult decisions. I think youth services are very, very important. But I also think there’s a role within schools for supporting young people and offering extra curricular activities, but also support for their health and well being, and confidence building.”

Chloe, 11, asked what the Education Secretary’s qualifications for the job were “given that you haven’t worked in the education sector and had private schooling”.

Mrs Morgan answered: “First of all, I’m obviously a parent, with a child in the system, so I very much have a viewpoint from that. I have members of my family who have been teachers and my husband is a governor of a number of different schools and a college. But, also, I think as a minister, you’re there to challenge the system, so you’re not there to be the expert that necessarily worked in the system, you’re there to care about it, and ask the questions: ‘Well, why are we doing it that way?'”